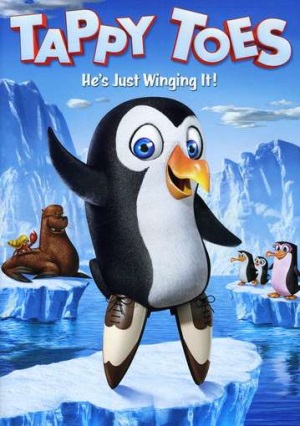 Tappy Toes is an obvious knockoff of Happy Feet ...up to a point.

Other than the fact that it's about a penguin learning to dance, the plot is somewhat different from Happy Feet, as it mostly deals with evil sea lions (which came from a minor plot point in Happy Feet) under the command of a villainous hermit crab.

The animation is done by Renegade Animation; you might be familiar with their work on The Mr. Men Show, Christmas is Here Again, Hi Hi Puffy AmiYumi and Chop Kick Panda.