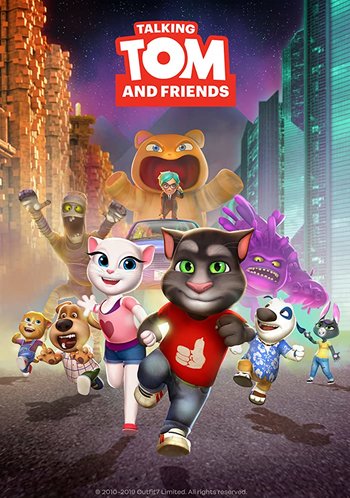 Talking Tom and Friends is an animated series based on the franchise of the same name by Outfit7. This series is about Tom and his friends going on adventures. It was animated by arx anima in seasons 1-3 and is animated by People Moving Pixels from Season 4 onwards. The pilot episode released on December 23, 2014, and the first official episode was released on April 30, 2015.

Not to be confused with Thomas & Friends.