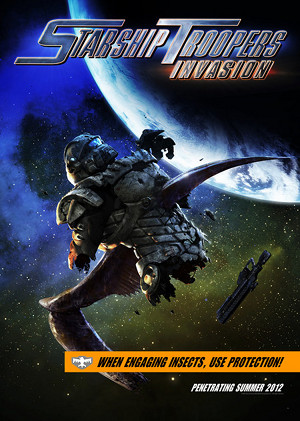 Starship Troopers: Invasion is a 2012 CGI film directed by Shinji Aramaki that takes elements from the book, the movie, and the TV series and works them into a new story. John Rico sends Carmen Ibáñez and the troopers of K-12 and A-01 squads to track down the John A. Warden, Carmen's old ship, which has gone dark after being commandeered by Carl Jenkins.

A sequel (also a Anime-esque CG movie directed by Shinji Aramaki), Starship Troopers: Traitor of Mars was released in 2017.