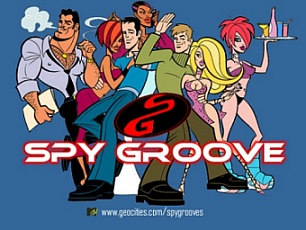 Spy Groove is a satirical Canadian cartoon focusing on the lives and work of two spies, Agent #1 and Agent #2. They are sent by their boss, Helena Troy, to investigate strange and bizarre circumstances happening in the world.

Aired for one season on Teletoon, and a few episodes aired on MTV. Known for its fast-paced dialogue and extremely bizarre characters. The animation was directed by Glen Hanson, and as such, was colorfully brilliant with dark borderlines.