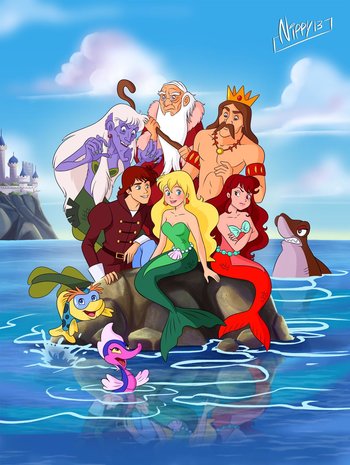 The familiar story is the show's pilot - with mermaid princess Marina saving human prince Justin from drowning, making a deal with the sea witch, losing her voice, mistaken identity etc. However when Justin discovers Marina's identity...she turns back into a mermaid. The rest of the series follows their attempts to still be together, all the while dodging the wicked sea witch Hedwig. As expected there's animal and human sidekicks along the way.

The series ran for 26 episodes.