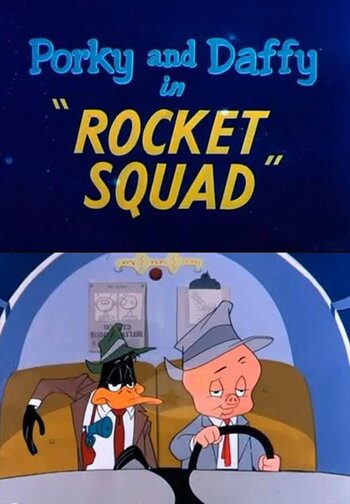 In this Affectionate Parody of Dragnet and Racket Squad in a futuristic setting, Detective Joe Monday (Daffy) narrates how he and his partner, Schmoe Tuesday (Porky) patrol the Milky Way. After returning to headquarters after a routine investigation into a 712-malicious mischief (school children blew one of the rings off Saturn due to their parents not keeping Uranium out of their reach), they are tasked by their Chief to bring in the notorious Flying Saucer Bandit. When the investigation points to George "Mother' Machree, the two detectives set out to apprehend the suspect.

Along the way, Schmoe keeps having to correct Joe with the time marks.