Western Animation / Ripley's Believe It or Not! 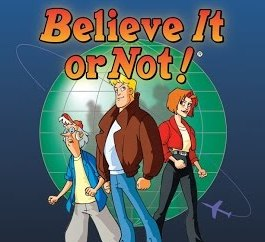 This edition of the Ripley's Believe It or Not franchise is a 1999 Canadian-French animated television series that was a co-production between what were then known as the Cinar and Alphanim studios and ran for a couple seasons on what was then known as Fox Family Channel. It is a Spin-Offspring series that centers around Michael "Rip" Ripley, the nephew of Robert Ripley and his comrades, Samantha Seaver and Cyril Barker, as their adventures have them globetrotting, attempting to investigate and solve mysteries of the weird or unusual things they find.

Ripley's Believe It or Not! provides examples of: