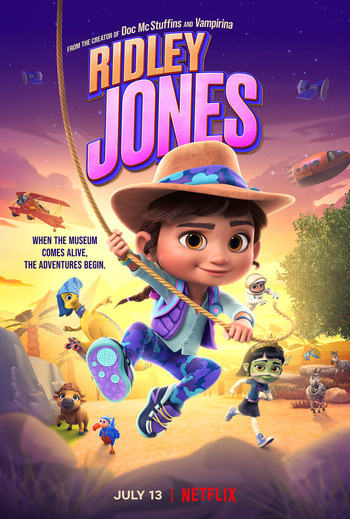 Ridley Jones is a 3D Preschool Show on Netflix.
Advertisement:

The series follows the adventures of 6-year-old Ridley Jones, who resides in a museum of natural history with her mother and grandmother. At night when the museum closes, Ridley uses a magic compass to bring the exhibits to life, and they go on wild adventures to protect the museum and keep it going strong.