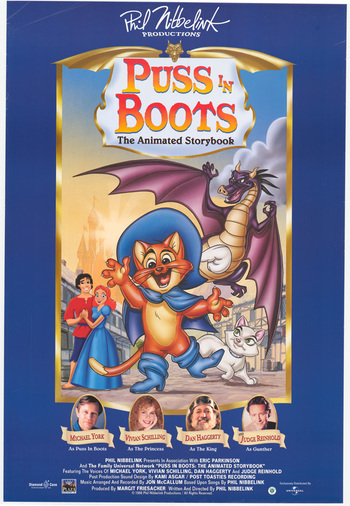 Puss in Boots is a 1999 animated film, produced and animated entirely by Phil Nibbelink. It is an adaptation of the classic fairy tale Puss in Boots, starring the voices of Judge Reinhold, Dan Haggerty and Michael York