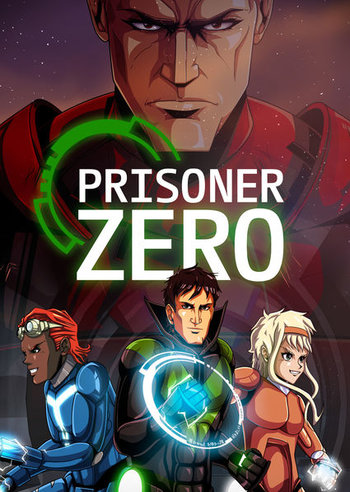 "A decade ago the Imperium created the Bioweve, a digital nightmare they wired into our brains. They locked me away, stole my memories, left me with nothing. Then one day, I was rescued and taken aboard the Rogue. Now my friends and I are going to shut down the Bioweve and free humanity. Because I am Prisoner Zero."

Prisoner Zero is an Australian cartoon show that debuted in 2016. It was initially pitched as a replacement for Star Wars: The Clone Wars. It initially ran for 26 episodes with plans for a second series implied, but never confirmed.

Prisoner Zero follows the adventures of a ragtag crew of teenagers, their adopted dads, and the titular Prisoner Zero, as they battle the Imperium that controls the galaxy.