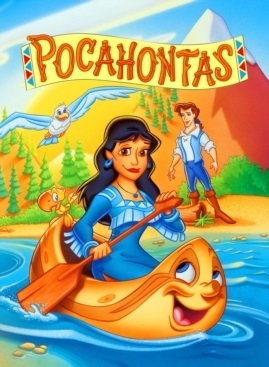 Pocahontas is a 1995 Animated Musical loosely based on the real historical figure. It was made by Golden Films.

Pocahontas is a young Indian princess who falls in love with a gallant English explorer named John Smith. After he's seemingly killed in an act of betrayal, she continues to try to bring peace between the settlers and her tribe and eventually travels to England to see the conflict from the other side.

As you've probably guessed, it was intended as a Mockbuster of a certain other film based on the Indian princess which also happened to be released the same year.