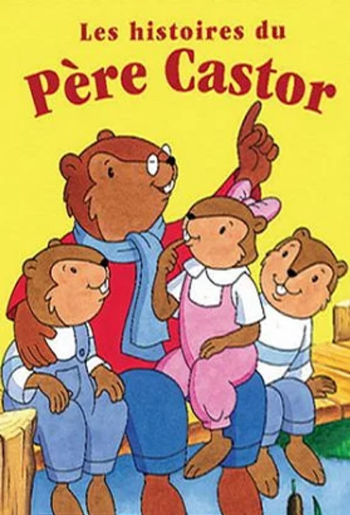 Les histoires du Pére Castor, known in the USA as Papa Beaver's Storytime, is a French-Canadian animated children's program produced from 1993 to 1994 by Cinar (now Cookie Jar Entertainment aka. DHX Media which became WildBrain) based on a series of French children's books that features various retellings/stories as told by the eponymous character to his three grandkids. Many of the episodes involve one or more of said children being faced with a problem that Papa Beaver explains how to solve it through one of these stories.

In the USA, the show aired on Nick Jr. from 1994 to 1997, where it was originally scheduled to air alongside the Animated Adaptation of The Moomins before the later show was withheld at the last moment. Here, Papa Beaver was voiced by Walter Massey, who you may know as the original voice of Principal Haney on Arthur.