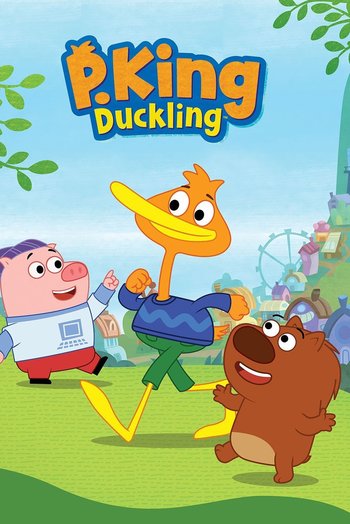 A Chinese-American Animated Series. It takes place in Hilly Hole and focuses on the titular P. King, who, as his surname implies is a young duck, also being fearless. He is friends with Chumpkins, a sarcastic and techy pig, and Wombat, who is his sidekick as she assists P. King in his plans—which normally get them in trouble.

The show premiered on Disney Channel as part of the Disney Junior block, but got low ratings and was later moved to the 24/7 Disney Junior subnetwork, where the rest of Season 1 was burned off. The series was renewed for a second season, but it didn't begin airing until four years later.

Tropes that apply to the series: