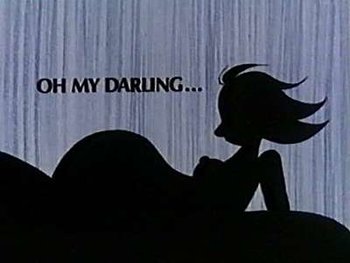 Oh My Darling (1978) is an animated short film from The Netherlands (7 minutes) directed by Borge Ring.

The simple story involves a couple who have a baby, a little girl. The child grows up healthy and happy and the apple of her parents' eyes. But in even the happiest family children at some point have to assert their independence. As the little girl grows into a young woman and draws attention from a young man, she starts to clash with her parents, and especially her mother.