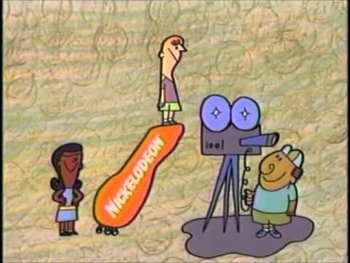 Along with their many anthology programs such as Oh Yeah! Cartoons and KaBlam!, both Nickelodeon and Nick Jr. have aired many different types of shorts between their programs by a variety of young people, in-house, and even by kids over their 20+ year history. The shorts have had premises revolving around everything from singing food, turning inside out, the alphabet, and lots more. A number of shorts based on their beloved Nicktoons have also been made.

Some notable shorts and interstitials on Nickelodeon include:

Shorts from the various anthology shows often aired between shows during normal Nickelodeon programming as well.

Some notable shorts and interstitials that aired on Nick Jr. include:

Songs from The Wubbulous World of Dr. Seuss and various Nick Jr. shows often aired between shows as well.