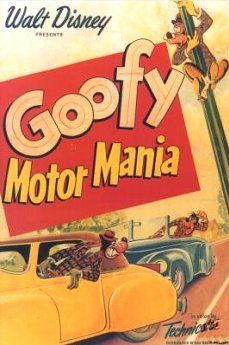 Goofy (early on in his "everyman" phase) plays a mild-mannered gentleman named Mr. Walker, who takes on a very different split personality when he gets behind the wheel of his car, effectively renaming himself Mr. Wheeler.