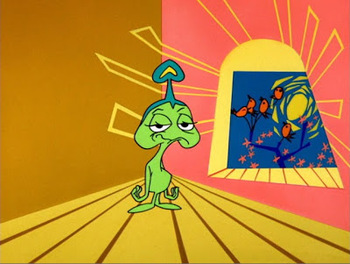 Martian Through Georgia is a 1962 Looney Tunes short. It was directed by Chuck Jones, Abe Levitow and Maurice Noble.

On a planet out in space, there exists a race of Martians that seem pretty happy with their lot in life — except for one, who is quite bored with his society's happiness. He decides to relieve his boredom by visiting a new planet, Earth, only to mistakenly cause panic and be declared a monster.