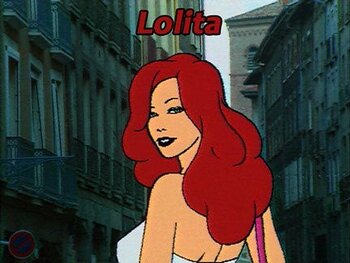 Lolita Lolita is a French Animated Series by Project Images.

The cartoon follows a beautiful woman with red hair. In each episode, she goes about her business, her attractiveness inadvertently causing any/all males in the area to get sexually aroused, especially when she (either inadvertently or otherwise) exposes herself. Expect many wild takes to ensue from said males.