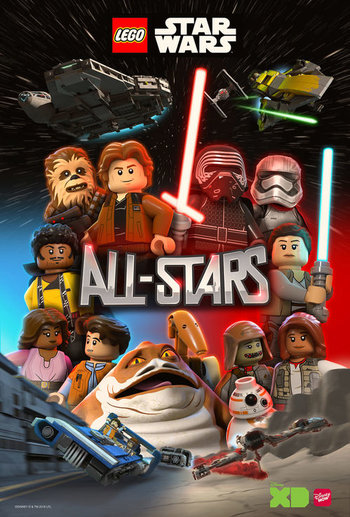 LEGO Star Wars: All-Stars is an animated series on Disney XD, featuring LEGO versions of the latest heroes and villains of the Star Wars galaxy alongside iconic characters including Kylo Ren, R2-D2, Young Han, Chewie, Young Lando, BB-8, and General Leia, as well as the return of the Freemakers from its predecessor series, LEGO Star Wars: The Freemaker Adventures.

Like The Freemaker Adventures, the series has been described as "canon paraphrase," meaning while the basic events covered are canon, the specifics are not, like a child is acting out the events with their toys.