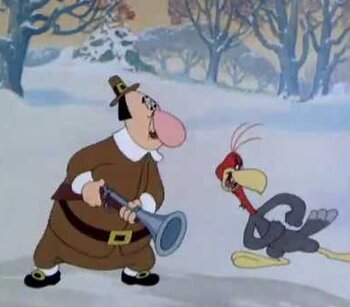 Jerky Turkey is a 1945 animated short directed by Tex Avery, one of the Tex Avery MGM Cartoons. It focuses on a Pilgrim trying to hunt a turkey for the first Thanksgiving. Perhaps they should just eat at Joe's instead.