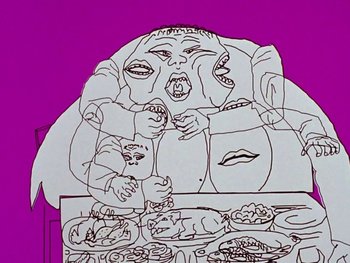 Hunger is a 1974 animated short film by Peter Foldes, produced by the National Film Board of Canada.

Hunger was made using experimental computer animation technology. It was the first computer-animated short to be nominated for an Oscar.