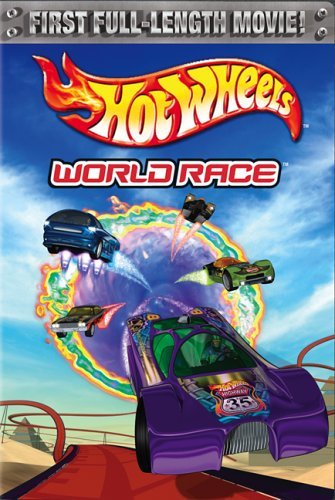 Get in the Race
"Wisdom is a circle. What you receive... you must give back."
—Dr. Tezla

Hot Wheels World Race is a 2003 television film made by Mattel, Inc. and Mainframe Entertainment and Warner Bros. Television, based on Mattel's Hot Wheels line of toy cars. It was premiered on Cartoon Network on July 12th, 2003.

The plot involves 16-year-old Vert Wheeler and 34 other drivers racing for Dr. Tezla, who wants the Wheel of Power located in another dimension.