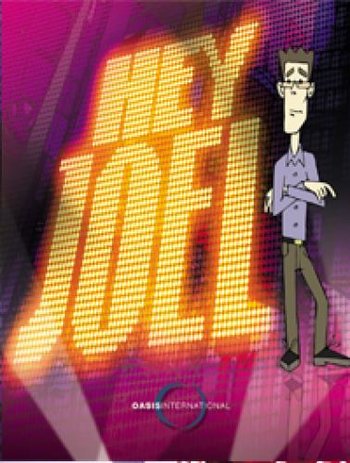 Hey Joel was an animated sitcom that aired on VH1 in 2003. The plot revolved around Joel Stein, a talk show host who was only interested in talking about himself. Supporting characters included his producer Michele and production assistant, Kevin. Celebrities often appear in the show, and often play important roles in the plots, but never actually have their voice provided by the actual person. That includes Stein himself, a real-life music columnist for The Los Angeles Times and Time magazine and a talking head on VH1's I Love the Exties series of shows. While he created the show, Stein's character is instead voiced by Jon Cryer.