Western Animation / Have You Got Any Castles? 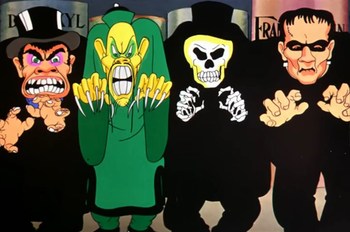 Have You Got Any Castles? is a 1938 Merrie Melodies cartoon, directed by Frank Tashlin.

The cartoon has no plot to speak of, and is mainly a spot gag picture consisting of random jokes and puns on 1930's pop culture, with the only theme tying it together is that it's set in a bookstore where the characters of each book come to life for a night of fun.