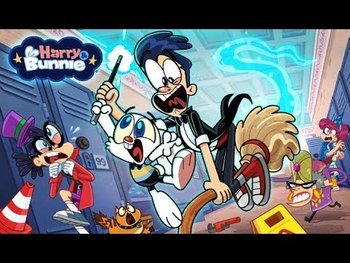 A Netflix Flash-animated silent slapstick series about a fledgling magician and his former performance rabbit, Bunnie. Due to Bunnie stealing Harry's magic wand during auditions to enter a school for magicians, they both get in under the teachings of the elderly Penny. From there they both go through their school days, causing havoc as Harry tries to get his wand back from the troublemaker in a Tom and Jerry fashion.