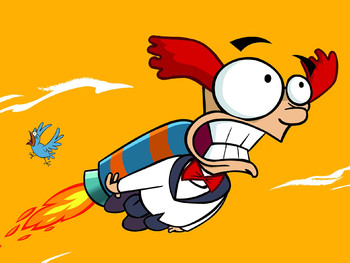 Futz! is a Canadian animated series consisting entirely of dialogue-free 3-minute shorts aired as interstitials between other shows. It was created by Vadim Kapridov and produced by 9 Story Media Group.

The show mainly follows a short, red-haired man and his various mis-adventures, and how his misfortune is often his undoing.