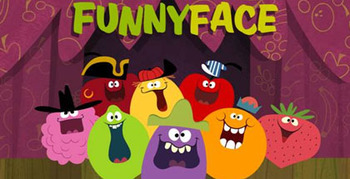 Despite the fact that the cartoon never came to be, a collection of one minute shorts was created for the franchise,which can be seen here

Not to be confused with the 1950s musical starring Audrey Hepburn and Fred Astaire, or a 1971 sitcom on CBS starring Sandy Duncan.