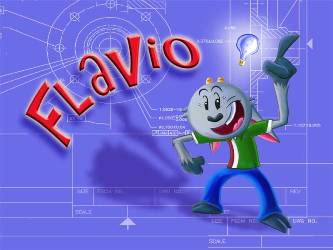 . It was first screened on March 15th 2007 and was part of the Random! Cartoons show which aired on Jan 24th 2009 on Nicktoons Network. Like most of the shorts therein this one wasn't picked up to become a series.
Advertisement:

It tells the story about an over-emotional Italian goat who works as a dishwasher in a pizzeria and longs to be a famous inventor like his hero Leonardo da Vinci.

uploaded by Mike himself. Oh and here's the production blog

(archived) to find out more about Flavio, his inventions, etc. The aforementioned link to his website also contain information.