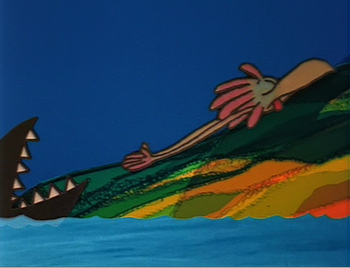 Evolution is a 1971 animated short film (11 minutes) by Michael Mills. It was produced by the National Film Board of Canada.

You can see it on the NFB's official Youtube channel here

Compare "Clay or the Origin of Species", another animated short with a humorous take on the process of evolution.