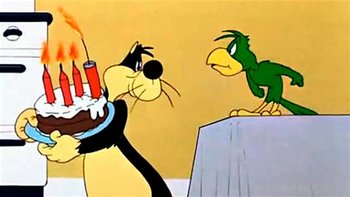 A dopey cat named Heathcliff is set to inherit a million dollars, which will revert to his "pal" Louie the parrot should he die. This leads Louie to come up with all sorts of schemes to bump off the cat.

One of The 100 Greatest Looney Tunes.