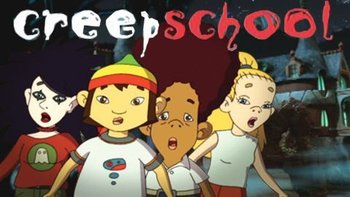 Creepschool is a Swedish, French and Canadian series about four kids who find themselves at a strange boarding school.