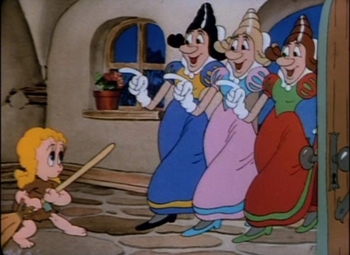 Plot wise, the cartoon is a satire of the classic fairy tale of Cinderella, but with Tex Avery's brand of gags sandwiched in. His recurring bit player Egghead stands in as Cinderella's love interest.

The cartoon is notable for being one of The 100 Greatest Looney Tunes. Surprisingly, it has never been re-issued on a Looney Tunes DVD compilation (the only non-Censored Eleven short from the 100 Greatest to be snubbed in this way), but it can be found as a bonus with some Warner Bros. movie releases.