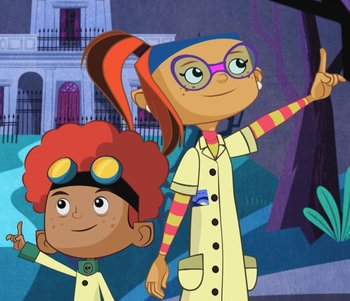 "Science has solved another mystery!"
Advertisement: