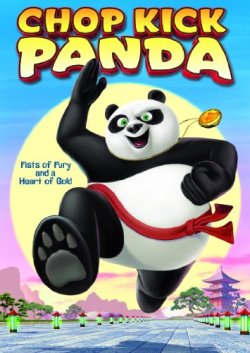 (same studio who brought us Hi Hi Puffy AmiYumi, MAD and The Mr. Men Show). It is a mockbuster of Kung Fu Panda.

The main character is Zibo/Lu (the latter comes from the back of the box; in the movie, he isn't called with that name at any point), a daydreaming martial arts fanboy. He tries to impress his son, Ming, by saying that he’s a student at the local dojo, when he’s actually the janitor. The story, set in the present day, is about the attempts of the dojo master's evil twin — a tiger with stripes that look like scars — to steal the Amulet of Fury from his Star Wars-quoting brother. In the end, Lu proves himself to be a hero to his son (and to his son's friends, one of whom is a farting monkey) when he takes to heart the master's lesson that everyone has a special gift.