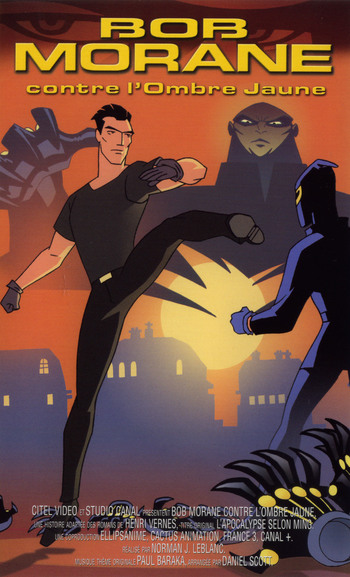 Bob Morane is a 1998 animated series based off the popular eponymous book series created by Belgian writer Henri Vernes in 1953.

The tone and genre of any given segment can shift dramatically - the adventurer protagonist may take part in a James Bond-like espionage story, then go on an Indiana Jones-esque adventure, then on to a modern Western fighting corrupt tycoons in the American Southwest, and then on a Doctor Who-style time-travelling sci-fi trip.