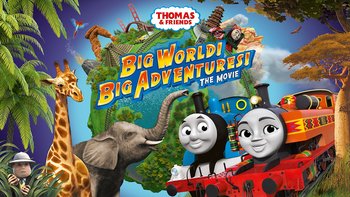 A racing car called Ace inspires Thomas the Tank Engine to become the first engine to travel the world, so Thomas sets off on an adventure which takes him to five continents, across deserts, through jungles and over dangerous mountains. On his journey Thomas meets Nia, an engine who teaches him that everyone needs a little help from their friends.