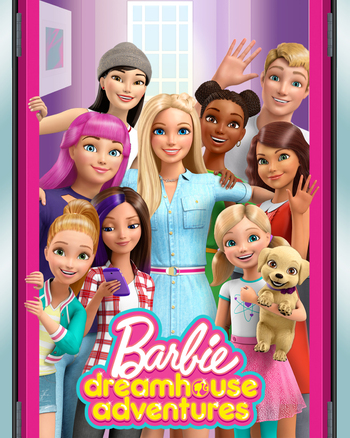 The second series about Barbie after Barbie: Life in the Dreamhouse, this series takes on a more realistic and less cartoony feel. In this series the characters are actual people instead of dolls, Barbie and Ken aren't together and they're going to school again.

Essentially, the show follows Barbie, her family, and her friends after they get a new technologically advanced Dreamhouse and all of the different adventures that they go on. The show is fairly episodic, with most of the continuity being references to previous episodes and slight character development.