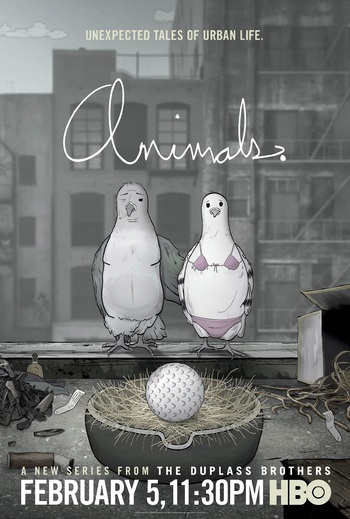 An animated series that started in 2016, created by Phil Materese and Mike Luciano and known for its dark and often vulgar comedy, Animals follows the lives of various inner-city creatures and their interactions with each other and the human world. Told in loosely related vignettes, their stories usually meditate on the human experience through the eyes of an animal culture.