Western Animation / An Angel for Christmas 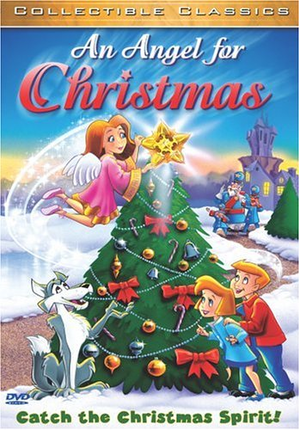 An Angel for Christmas is an animated Christmas film produced by GoodTimes Entertainment, as part of their "Family Classics" line, in 1996. The movie itself was made by Blye Migicovsky Productions and Phoenix Animation Studios.

The film takes place in the town of Ironsville, where evil factory overlord D.D. Kovet has prevented Christmas from being celebrated for several years. This one particular year, siblings Bobby and Marian meet another young girl, Angela, trying to sell Christmas holly.

Angela's mission is to bring Christmas back to Ironville, and they must convince the town to defy the law to do it.