Western Animation / All Nothing 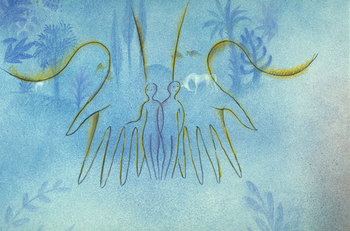 All Nothing (Tout Rien) is a 1980 Canadian short film (11 minutes) directed by Frederic Back.

It is a parable about human greed. Your standard bearded God appears in the cosmos. With a wave of his hand he creates stars, planets, the Earth. He waves his hand again and creates birds, animals, fish, even evolving them from simpler to more complicated creatures. Then he makes humans, and things go sideways.