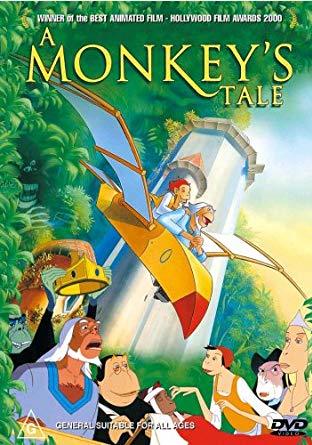 A Monkey's Tale is an animated movie produced by Steve Walsh Productions. It was awarded the prize for Best Animated Film at the Hollywood Film Festival.

Kom, a rebellious teenage simian, falls from his Tree Top Town, down into the jungle, ignoring the local preacher's warnings that "Everything right is up here, and everything wrong is down there!".

The unconscious Kom is found by the King of the Laanko monkeys, who live in a more modern environment.

All the while the resident Evil Chancellor, is plotting to poison the princess and usurp the thrown.

Tropes used in the movie