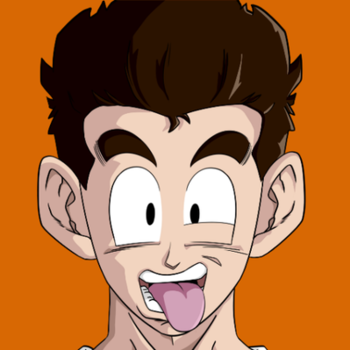 Totally Not Mark is an Irish anime reviewer, who specializes in Dragon Ball.

Mark Flitzpatrick always felt bored for English Class, and in order to not fail at it, shifting his focus from King Lear to the Dragon Ball Z anime. Despite his teacher's disappointment, Mark ended up succeeding in the class, learning about story structure.

Mark then decided to open up a channel on YouTube, reviewing Dragon Ball Super. From that point, he would end up reviewing the entire series, and almost everything that was done in the franchise, alongside other series like One Piece, My Hero Academia, One-Punch Man or the Marvel Cinematic Universe.

Mark has a section titled Anatomy of Anime, where he discusses elements of a series and why it worked or failed.

You can find his videos here

. The editor of his Jojos Bizarre Adventure videos is AnimeAJay, whose channel you can find here

In December 2021, much of the video content discussed on this page (Dragon Ball and One Piece in particular) was made temporarily inaccessible to watch, as Mark's YouTube channel was hit with numerous automated copyright strikes by Toei Animation. Most if not all of the videos are now reinstated, except in Japan.