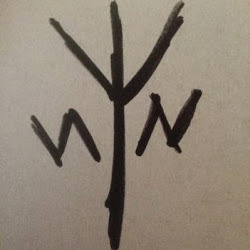 The image changed by itself. Great.
Uh, hey guys. Uh, my name is Alan. You probably know that because you've seen the Twitter I've been... Gifted with. There's people congregating over there, but, uh, the thing I wanted to show you was outside...
Advertisement:

is an Alternate Reality Game and Urban Fantasy web series. Loosely based on the "What is Twigs?"

ARG, the series follows two teenagers as they are stalked by a cult of masked people and an unseen monster that may or may not exist.

The titular hero of the series, Alan, comes home one day to find his house broken into. Upon further inspection, he discovers that the perpetrator is still inside of his house and is meddling with his stuff. He decides to use an old camera to find the guy. Then things get weird.

, and the companion channels can be found here