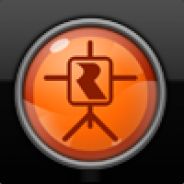 (short for the "Rare Witch Project") was launched in 2001 by netizens / über haxxorz Ice Mario and SubDrag and is an Internet site dedicated to video games, specifically Rare games, and a repository for their fandom. The site attained a bit of fame in its early days when its founders found a way to get a number of secret, apparently unreachable items in the game Banjo-Kazooie without hacking. These items were meant to be used in a special feature called "Stop & Swop" that was ultimately dummied out of the game, rendering them worthless. In no way did this curb the flow of insane theories about them that flooded the site for years.

With the area of the site dedicated to creating and discussing these insane theories long since removed, the RWP currently exisis as a site for all games, though it mostly focuses on Nintendo and Microsoft Studios, Rare's former and present homes. It hosts an active forum where members are free to discuss anything from the Queen's head to the taste of mild cheddar. It boasts a small but dedicated population of Tropers, too.