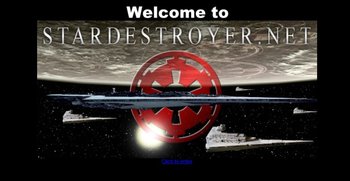 is a Star Wars vs Star Trek website started in 1998 by a Canadian engineer named Mike Wong (forum handle "Darth Wong"). Compares the strengths and weaknesses of both franchises, examining them with real science. The site has been inactive for some time, but the forum is still active. Also the source of the Trek/Wars fic Conquest.