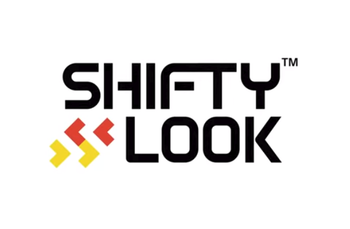 ShiftyLook was a website dedicated to official Web Comics based off of various Bandai Namco Entertainment properties. Largely an attempt to reach out to the western market and revive some of their series (specifically games from the 80's and 90's). In March 2014, Shifty Look announced its closing. All of its comics were ended, but remained accessible until September 30th, 2014, when the site was taken down completely. According to

Jim Zub, this was because Bandai Namco had a change in management, and the new people in charge didn’t feel the initiative fit their plans, and as such, it was phased out.

UDON, a partner with them during their tenure, would later release the Bravoman, Wonder Momo, and Katamari comics in volume trades. Thankfully, enterprising fans have managed to preserve all the comics in their entirety and archived them

ShiftyLook also produced three web animation series, two based on the Bravoman and Wonder Momo comics, and a completely original series based on Mappy. All three used to be able to be seen on their YouTube channel, but that too has since vanished from the internet. Thankfully, every episode of all three series have been saved by fans and are still viewable today.

All in all, the ShiftyLook project ended in failure and was quickly forgotten by Bandai Namco, leaving it as little more than an internet curiosity and odd piece of the company's history.

And web series based on: