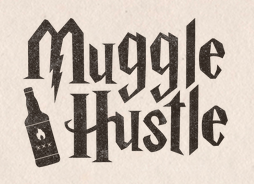 'till all are Hustled

A dope as fuck Texan who started tweeting reactions to his reading of the Harry Potter series as he read it.

states, "I'm 24. I'm reading the Harry Potter series for the first time. This is where I write my thoughts and reactions. And that's true. But I think it's more about maybe giving people the chance to relive their first experiences with the books. But like, with more caps lock and cursing."

His commentary used to be available in a neatly organized website