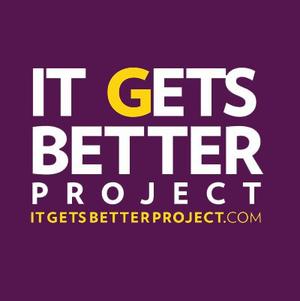 The "It Gets Better" Project was created by openly-gay relationship advice columnist Dan Savage in response to a string of tragic suicides by bullied LGBT teenagers, to reassure them that in fact, it gets better. Anyone can add a video, and hundreds of average users, celebrities, politicians, web personalities, and organizations (including some offbeat videos from Facebook

) have jumped on the bandwagon.