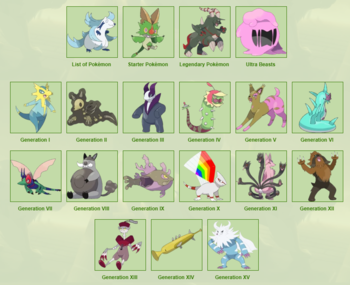 Who knew that one person could do so much?
DarkAndWindie Fakemon Wiki

is a wiki created by ReallyDarkAndWindie

, involving all of the Fakemon that he created himself. So far, the wiki only focuses on the basic information, Pokédex entries and origins of the Pokémon, and doesn't go too deep into anything else.
Advertisement:
List of Regions