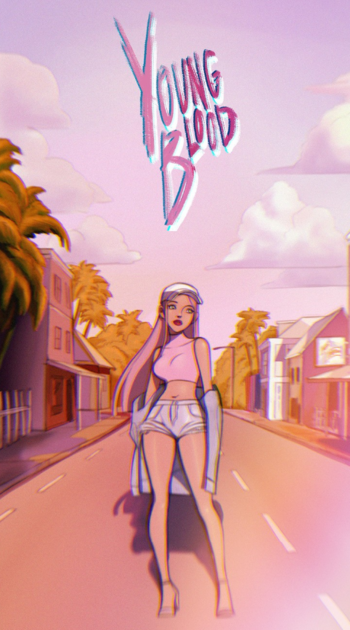 Young Blood follows the lives of a group of young adults, their experiences of friendship, romance and drama while they navigate their futures and look for their place in the world.

. It can be read in English here

The series is put on hiatus as the author seems to be planning on rewriting it.

Not to be confused with the print comic with a very similar name, except written without a space.